Paul Duke Jr.’s  approach to photography and his dedication to simplifying the entire picture day process make him an open-minded industry trailblazer. As a full-time IT professional by day, Paul doesn’t have time for the old ways of volume photography. He’s part of a new generation of photographers who see technology as the only way forward.

Paul has always loved sports photography. He started years ago in action sports as a hobby turned side-hustle – with his sights set on getting into volume. Three years ago he started to make it happen. Today, his business, PdPhotography Sports, shoots gymnastics, football, volleyball, and softball throughout the York, PA area.

Most photographers in his area shoot traditional style, but Paul wanted to do something different. So, he began doing manual extraction and compositing to create “Xtreme” memory mates. “Friends and friends of friends started seeing my work, and they wanted it for their own teams,” he shared. At that point, he introduced Pixnub into his workflow to streamline the process – and from then on everything changed. He started to see how he could really scale this business.

Paul is a part of the gig economy – supplementing his income with photography, his true passion. Because his day job is demanding he told me, “I don’t have the luxury of working on my photography jobs during the week. I need to make it fast and efficient.”

He’s tried some other online methods but none of them did exactly what he wanted. Flash forward to June 2018, Paul went to Sync Sports just down the road in Manheim, PA where he first heard about PhotoDay. “I stood in the shadows of their booth just listening to Lisa talk to other photographers about PhotoDay – and I thought this sounds too good to be true. I had been trying for years to find software that does what PhotoDay does.” 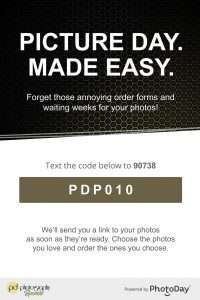 Paul wanted to use PhotoDay for a local gymnastics team shoot. The stakes were high as it was his daughter’s team and his wife was the president of the booster club. “You would think I was a shoe-in but I wasn’t. I really had to sell my wife on the fact that I had a system that would make picture day completely simple. My wife was concerned that the parents weren’t that tech-savvy.” And, like so many married couple’s conversations, it came down to, “Trust me, it will work.”

So, he met with the board and explained how PdPhotography Sports does picture day. This was a going to be a fundraiser – so to maximize participation he offered the organization a higher percentage for higher participation. He displayed his work and walked through the set-up and PhotoDay ordering process. He got the job!

“My daughter is on the team. My wife is head of the booster club. I wanted to jump out of the gate and prove that PdPhotography Sports wasn’t selected because of these connections. With the PhotoDay system, I was able to take down all guards and just bring it.”

Three weeks before picture day, Paul set up posters around the gymnastics school and made sure that the picture day information was in their weekly newsletter so that parents could begin opting in using their unique PhotoDay access code.

“I knew going in that the parents were accustomed to sitting there for 3 to 4 hours waiting for their kids to have their individual and team photos taken. With my green screen method for team shots, we didn’t have to drag out risers, we didn’t have to line up 95 gymnasts. We didn’t have to make sure no one was blinking or making inappropriate gestures.” 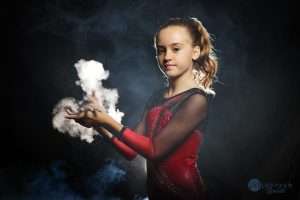 “The kids checked in at a table where we collected $10, and parents texted in the access code. I had three stations set up, and was able to move the gymnasts through in record time. We took multiple poses and the kids were completely done within 15 minutes. The parents couldn’t believe it – we were getting so many kudos!”

“Picture day with PhotoDay is no comparison. Order participation was 100% and the AOV was higher than any I had seen before.”

PdPhotography Sports took home $950 in day-of cash deposits (this was before PhotoDay had AdvancePay).  Paul’s participation rates are typically around 60% with AOVs in the $20-range. There were a good number of orders that were over $100 – with the highest order at $166!

These higher order values were driven by parents purchasing the composited team pictures as well as multi-poses of the individuals with Paul’s signature “razzle-dazzle.”

*A couple of the orders contained siblings which is why the participation rate is 100%.

THE KEYS TO SUCCESS

“Constant communication and variety,” Paul told me were the keys to success. The mentions in the newsletter and the posters around the studio helped educate parents and prepare them for this new kind of picture day. And, the different poses plus the team picture pushed up the order values. 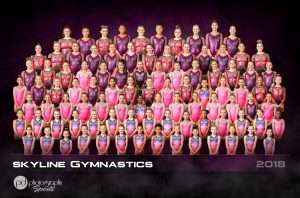 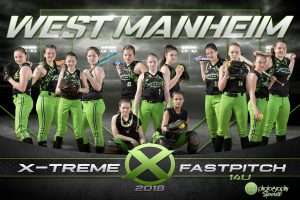 “Our process makes everything so easy. It takes the load off the league. We get the roster, we create the schedule. The organization doesn’t have to worry about anything – no collecting forms, tracking down parents, or passing out photos. I’m signing on more jobs because I look to solve each organization’s biggest challenges. In the case of this gymnastics shoot, the parents wanted wow images and less waiting time – and we nailed it!”